Located on the northern tip of Pawleys Island, Litchfield is rapidly becoming one of the area's top retirement destinations. The sleepy island lifestyle Pawleys Island 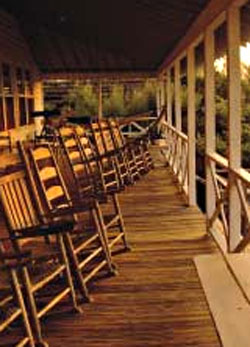 is known for has carried over to Litchfield, though to a lesser degree, as Litchfield was designed to be more than just a vacation spot. Litchfield is, instead, a place people call home.

Used by colonial planters as a retreat from the oppressive heat and malaria carrying misquotes, the island gained a reputation early on as a place for people to go to get away from the rest of the world. Ten miles north of historic Georgetown and twenty miles south of Myrtle Beach, Litchfield's convenient location and proximity to the ocean has served it well in attracting newcomers.

Formally established in 1978, Litchfield's mild climate has drawn a burgeoning number of retirees to the area. The water temperature averages 66 degrees and the average air temperature is 65 allowing for year round outdoor recreation including swimming, tennis, golf, beaches, boating, and wildlife viewing.

"The area also has a resort called Litchfield Plantation, a 600-acre estate rich with Lowcountry beauty."

Of the nearly 10,000 who own homes on the island, only a small portion of them live there year-round. That, however, is changing, as more retirement age people move to the area taking advantage of the beauty of the island, and the many recreational options available.

The area also has a resort called Litchfield Plantation, a 600-acre estate so rich with Lowcountry beauty that the late poet laureate James Dickey described a first timer's arrival there as being as "dramatic as Alice going through the looking glass... you are enveloped in wonder." There are 23 different golf courses within ten miles of town and over 40 restaurants operate within three miles of Litchfield Beach.

During the summer months, the island is abuzz with cultural activity. Each year the island hosts the Pawleys Island Festival of Music and Art featuring some of the best known names in several different genera of music. Besides the established artists who contribute work for the festival, an exhibit featuring local artists is one of the most popular events of the festival.